The Wisconsin Conservation Hall of Fame recently announced the selection of three conservation leaders for induction into the Hall of Fame on April 25, 2020 at the SentryWorld (the Atrium) in Stevens Point. They include Stanley Temple, professor emeritus in the UW–Madison Department of Forest and Wildlife Ecology, and Stephen Born, professor emeritus in the UW–Madison Department of Planning and Landscape Architecture (formerly Department of Urban and Regional Planning). 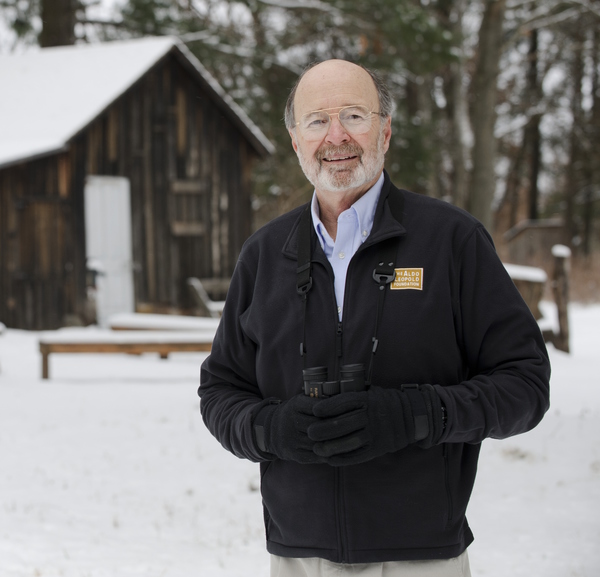 Stanley Temple’s impact on Wisconsin’s natural resources has been wide. He has worked as a scientist, communicator and teacher. During his 32 years on the faculty of the UW-Madison Department of Forest and Wildlife Ecology, he worked on endangered species such as Peregrine Falcon, Trumpeter Swan and California Condor. His research on habitat fragmentation has helped manage areas such as the Baraboo Hills. Temple’swork has been instrumental in the areas of habitat fragmentation, invasive species and factors leading to species declines.

Now that he is re tired, he helps spread Aldo Leopold’s Land Ethic as a Senior Fellow for the Aldo Leopold Foundation, researching, writing and speaking about Leopold. Using Leopold’s original botanical records and more recent surveys, Temple co-published new research on climate change impacts on plant phenology through the paper “Record-Breaking Early Flowering in the Eastern United States.” He brought the Passenger Pigeon alive to Wisconsinites with presentations and articles during the 100th anniversary of the passing of the pigeons in 2014, and he has advised organizations such as The Nature Conservancy, International Crane Foundation, Wisconsin Society for Ornithology and Aldo Leopold Foundation.

Temple created and was the first editor of the peer-reviewed journal Bird Conservation published by Bird Conservation International, served as the editor of the Wisconsin ornithological journal The Passenger Pigeon published by the Wisconsin Society for Ornithology, and served as associate editor of the peer-reviewed scientific publication of the American Ornithological Society (AOS) The Auk and the scientific journal of the Ecological Society of America Ecological Applications.

Temple continues his life work today on behalf of Wisconsin’s natural resources. He is frequently cited as an expert not only on the State’s natural history, but as one who has worked to protect it.

Read the Aldo Leopold Foundation’s announcement about this honor. 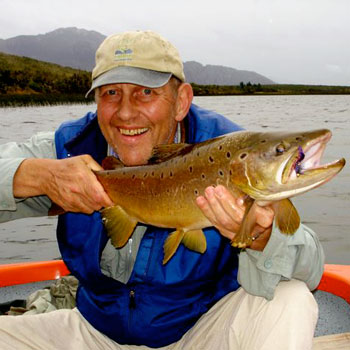 Stephen Born’s impact on conservation in Wisconsin and beyond is so broad and varied it almost defies description, except to say he has been tireless in his work.

A resident of Wisconsin since 1969, he was a faculty member in the Department of Urban and Regional Planning at UW-Madison for 36 years, a director of State planning and energy offices and a founder of non-governmental conservation organizations like the River Alliance of Wisconsin.

An intrepid angler, he is also co-author of “Wisconsin’s Trout Streams: The Anglers Guide,” a seminal work which focuses not only on where to fish, but also on stream ecology and the story of how these cold-water treasures were saved and restored.

His broad range of services included co-chairing the Waters of Wisconsin Initiative of the Wisconsin Academy of Sciences, Arts and Letters. He has served on national and State Trout Unlimited senior leadership boards, including presidency of Wisconsin Trout Unlimited. He was a chief advisor to former Governor Patrick Lucey on the decision not to dam the Kickapoo River in the 1970s, which lead to the creation of the 8,500-acre Kickapoo Reserve. He served on Gov. Tommy Thompson’s Blue Ribbon Stewardship Task Force. He also had key roles in development of policy on Wisconsin’s ground water and coastal resources.

These are but a few of his contributions to State and national conservation causes. Born is simply a force of nature when it comes to bringing people with differing views and ideologies together to forge unified and strong coalitions to protect Wisconsin’s natural resources. Since he continues to serve a number of non-profit groups as a board member or other volunteer, his resume is still under construction.