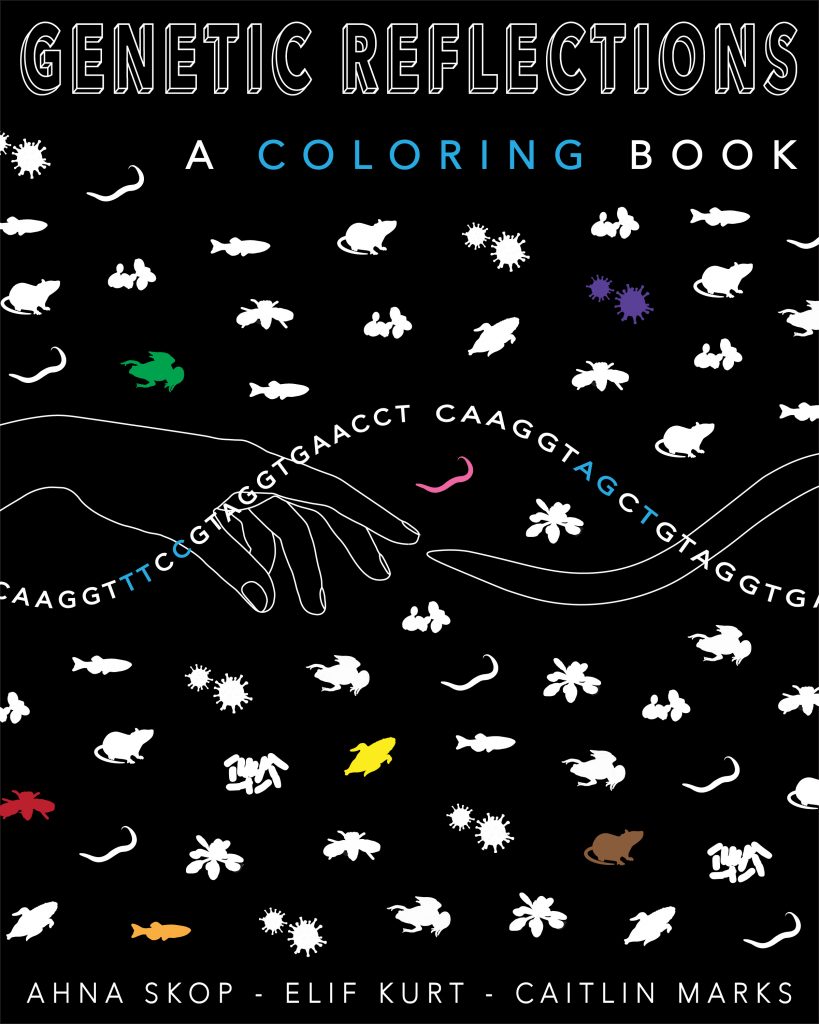 Members of the UW–Madison community may remember the art installation “Genetic Reflections,” which was installed in campus’ Biotechnology Center in spring of 2018. The installation features a series of glass panes—with the letters of our genetic code laser-etched into the glass—mounted on top of mirrors and illuminated by precisely-angled light.

It’s a lovely piece, and something that genetics professor Ahna Skop, a collaborator on the project, was inspired to take even further—and, ultimately, to take in a new direction.

“We decided to [find a way to] disseminate the Genetic Reflections art piece more widely,” said Skop, who is also a faculty affiliate in the Department of Life Sciences Communication and the Art Department. “We were first working on a website, but then decided the coloring book might be more fun and tangible.”

And so, the idea for Genetic Reflections: A Coloring Book was born.

Work on the book began in fall 2018, when Skop recruited two undergraduate students—Elif Kurt and Caitlin Marks—to be a part of the project. Kurt and Marks, both members of the Skop lab at the time, worked together to plan and draw the illustrations to be featured in the coloring book, with guidance from Skop. 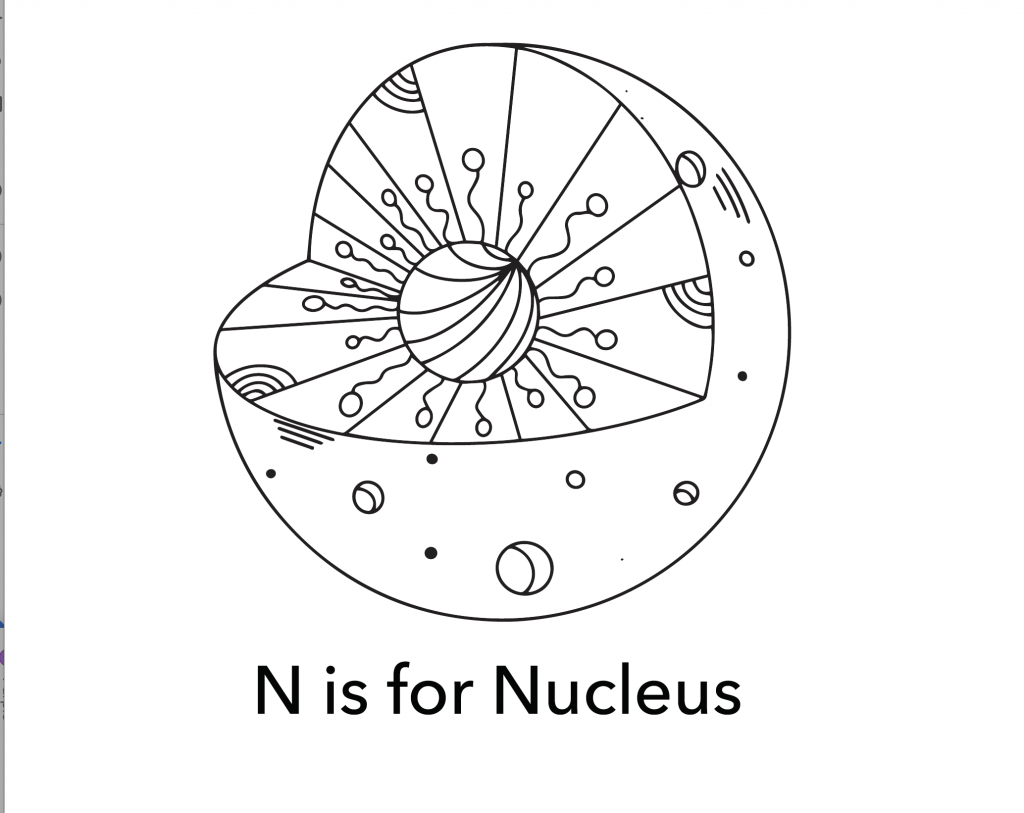 They developed 26 illustrations of scientific phenomena—one for every letter of the alphabet, from A to Z—designed to be colored in. For the letter N, for example, the book has an illustration of a nucleus, along with the text “N is for Nucleus.” The work was done as part of an independent study project, for which Kurt and Marks received credit.

“I really enjoyed doing the illustrations and seeing the different artistic [interpretations] of these concepts,” says Marks, who drew half of the book’s illustrations. “The coloring book makes these ideas and learning opportunities more accessible, [so] more people can be reached.”

“I joined Dr. Skop’s lab after learning about the importance of science communication and presenting information in an accessible and engaging manner [in Skop’s Genetics 564 course], and I realized I wanted to learn even more,” says Kurt, who drew half of the illustrations and the cover art, and also took the lead on laying out the book pages and navigating the self-publishing process. “I learned from the experience that science outreach is something I am extremely passionate about.”

Ahead of the book’s publication, Kurt and Marks both graduated from UW–Madison with degrees in genetics. Kurt continues to work in Skop Lab as a researcher and scientific artist, while Marks is working as a microbiologist at the State Lab of Hygiene.

The main goal of the coloring book is the same as the original Genetic Reflections art piece: to inspire and educate people about science and help them see the beauty in it. And the team has been heartened by the initial success they’ve witnessed.

“Photos of children coloring the pages started to flood in not long after the release of the book, and the feeling when I saw that was indescribable,” says Kurt. “It was rewarding seeing the fruits of our efforts beginning to materialize. I also loved being able to speak with members of the Girl Scouts of Wisconsin about the book and about the intersection of science and art in science, technology, engineering, art and mathematics (STEAM). Seeing young girls express interest and passion for careers in art and science after speaking with them showed me the greater impact of our work and was incredibly rewarding!”

While children are the focus, the coloring book is really for everyone who loves art and science.

“Adults will appreciate it as well,” notes Skop.

Genetic Reflections: A Coloring Book is available for purchase. Part of the book’s proceeds go towards supporting students and programs in STEAM.