Dietram Scheufele is a professor in the Department of Life Sciences Communication and a co-organizer of “The Science of Science Communication,” an Arthur M. Sackler Colloquium of the National Academy of Sciences. The third such colloquium was held in November of 2017, and papers from the meeting, including Scheufele’s article, “Scientific communication in a post-truth society,” have been recently published in PNAS. In this Q&A, Scheufele shares information about the news environment, what it means for science communication, and what scientists can do to promote science and explain their work. 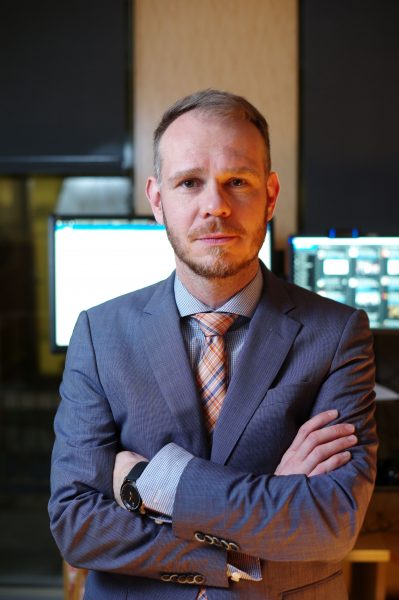 How has the news landscape changed over the last few years?

It’s an ongoing change. What we’re seeing is a generation coming up who have never paid for news. That has fundamentally changed the kind of content that’s being put in front of us. Why? Because I used to be able to choose, by paying for it, what content I get. I could read a local newspaper and get both sides of an issue. Now I’m in a position where the monetary incentive for corporations is to give me exactly what I want. Giving me things that I don’t like and potentially pushing me out of platforms like Facebook or Google makes no financial sense now. That’s why we’re seeing a more purist audience for each news outlet.

What do those changes mean for consumers, what they’re exposed to, and what they may or may not learn from their news outlets?

Science journalists are translators that speak the language scientists speak and can take years of complex science and rewrite it so it matters to people. Those translators are largely gone. We’re now at a point where fewer than 20 states still have newspapers with science sections. We no longer have the authoritative voice that tells us why science is important, why this finding matters for our personal life. We have to figure it out ourselves.

So where does this go off the rails? A lot of us attribute the problem to selective exposure. That idea has been around since the 1950s – if I don’t like something, I tend to avoid information about it altogether. But what’s much more pernicious is motivated reasoning. It’s our tendency to not just avoid the information, but when you and I encounter a new piece of information that we both agree is true, we’re still going to draw different conclusions based on our prior values. Those values are a filter. I’m going to weigh information that confirms my beliefs more heavily than information that doesn’t.

That’s where it gets tricky for science. That means that just throwing more facts at people is not only not working but it actually polarizes people further because the more facts we give people, the more they dig in. More facts can actually backfire.

So, what can scientists and others who want to promote science do instead of just giving people more facts?

The thing that great science communicators are so good at is taking scientific facts and connecting them to things that matter to people. Motivated reasoning can be a problem but it’s also the path to the solution. It basically tells us that if we want to communicate meaningfully with an audience, then we need to communicate where their values and concerns are. We need to say, “This matters to your values and this is why. I, as a scientist, am as excited as you are as a potential user of this.” And we have to remember to speak to what their concerns are, not what we think their concerns or their values should be.

Do you suggest that scientists find those value aspects of their work to highlight?

Yes. And I think that’s actually why CALS is such an exciting environment. If we really want to live up to the Wisconsin idea, we have the infrastructure here to collaborate and work together. We have the social science to tell us how to best communicate why findings from the bench sciences actually matter to everyone. The flavor saver tomato is a great example of this. It had great value to corporations and grocery stores but very little value to a consumer with no discernible difference in taste. But the non-browning apple was different. Why? Because every parent can relate to being happy when they pack a school lunch and their kids actually eat it.

How does social media factor into all of this?

Seven in 10 people get their news, at least on a semi-regular basis, on social media. And what I am exposed to on social media is partly decided by what I do and partly by what my friends, who are like me, do. These filter bubbles can promote further bias. I don’t even have to pick the science that fits my beliefs anymore because that’s all that makes it through to my news feed in the first place. Having said this, though, social media is also a really good way of reaching people that we have never reached in the past.

Overall, what can scientists do to reach more people?

Social media can be a powerful part of a portfolio approach for scientists communicating their work. Twitter has become a really interesting medium to connect with science writers. Curating those relationships long-term pays off. Know what they write about and call them back quickly. Message them, tag them in tweets, and figure out which hashtags they’re using. We want to be a trusted source for them.

That portfolio approach should include other tactics too, like giving a talk to a group that may not particularly agree with us. This uses the strength of weak ties. The ties are weak because they’re at the margins of our networks. But if we can get those groups to engage in our work and spread the information, their strength lies in reaching networks we’d never otherwise reach.

And we need to have meaningful conversations. This implies that we actually know what people are concerned about rather than saying, “Well, this is what you should be concerned about.” We need to be prepared to talk about stuff that we might not think is relevant to the topic. As scientists, we also need to be aware of our own biases and how to separate questions we can answer with science from those that we cannot.