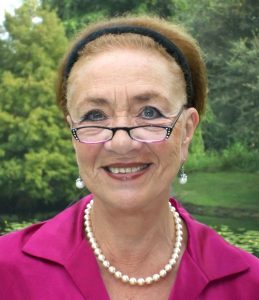 Ayse Somersan, who had an exemplary career with UW-Extension and UW-Madison as a teacher, applied researcher, extension educator and university administrator, passed away on April 17, 2017 at the age of 75.

Born August 15, 1941 in Istanbul, Turkey, Somersan attended Robert College in Istanbul, where she met her husband Ergun. They were married in 1965. She did her graduate work at the University of Wisconsin-Madison with a Fulbright scholarship, graduating with a Ph.D. in international economics in 1969.

Somersan joined UW-Extension and was employed there for 25 years as an educator and administrator, serving as the dean and director of Wisconsin Cooperative Extension from 1988 to 1996. She was a key influence in building what is widely recognized as the strongest community resource development extension program in the United States.

In 1986, she became a faculty member in the UW-Madison Department of Agricultural and Applied Economics. She quickly developed and taught a new course about the International Agricultural Economy which became one of the most popular in the department’s offerings. She had a special ability to make economics understandable and enjoyable, both in the classroom and to adult audiences through her extension work.

Upon retirement, Somersan accepted a position as economics professor and vice-president at Koc University in Istanbul.