A recent UW-Madison Applied Population Lab report explores the geographic and social patterns of the recent presidential election in Wisconsin and how things compare to the 2012 results. The report, written by APL’s Malia Jones and published on WisContext.org,  identifies three main trends that each contributed to the final outcome in the state.

The report’s summary, describing the three key trends, is printed below. For more in-depth analysis and helpful figures, please see the full report. 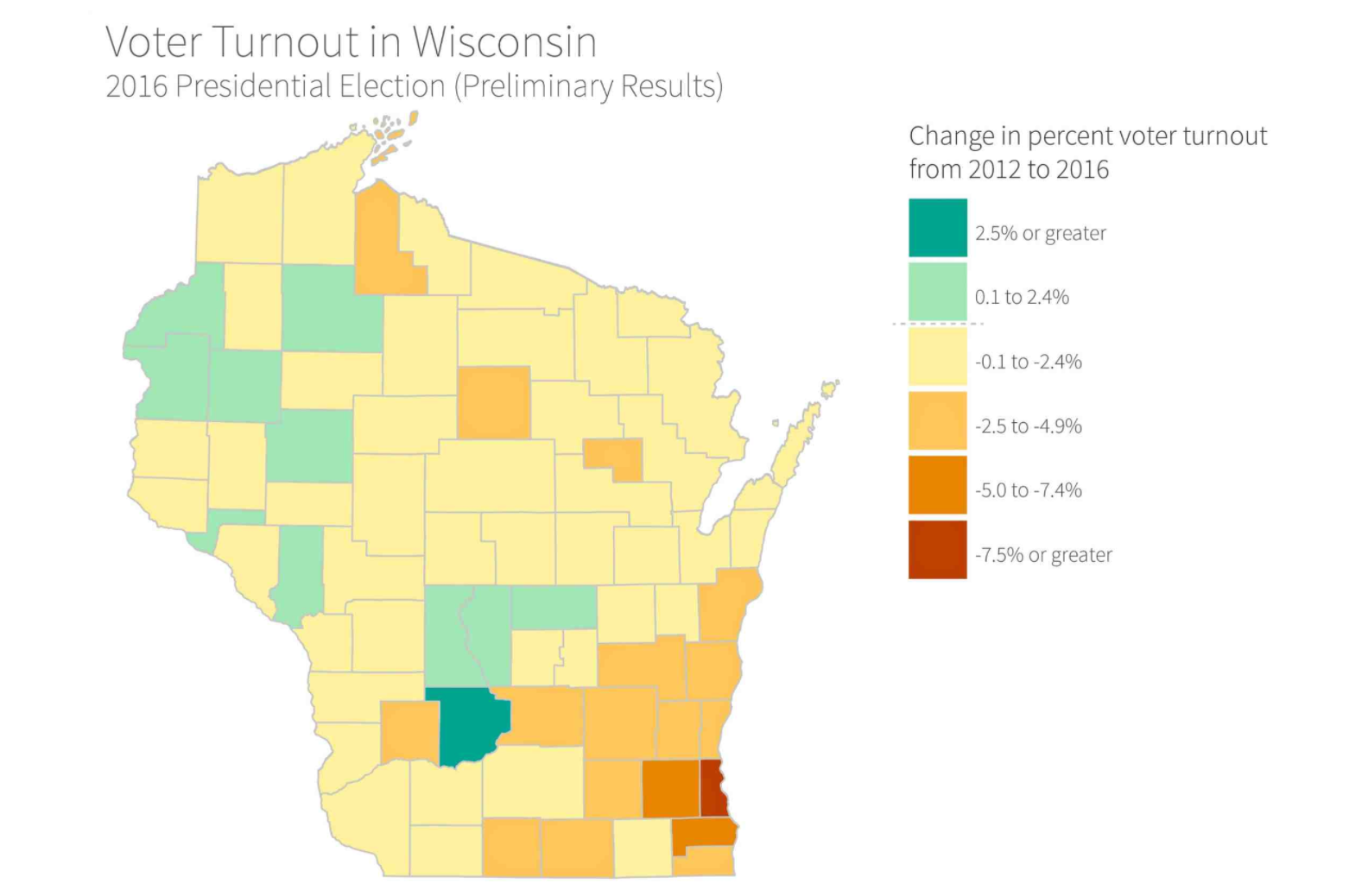 The first trend is voter turnout, which was down statewide. Trump obtained about as many total votes as Romney did in 2012, but Clinton got far fewer compared to Obama’s 2012 performance. Low voter turnout was most pronounced in the major metro areas and their adjacent suburbs — especially Milwaukee, which house the largest share of Wisconsin’s voters.

The second trend is that Trump outperformed expectations set by Romney’s 2012 run as well as by most poll findings. His win, however, was uneven across the state. In rural areas, the Republican showing was stronger than in 2012, but the total number of votes did not alone make the difference in Wisconsin’s 10 electoral votes for 2016. However, Trump’s strong performance in the counties housing small and medium-sized urban centers and their suburbs — with their larger numbers of voters — was important. These counties have traditionally been “swing” areas, not voting consistently with a single party over the years. In 2012, on average they voted close to 50 percent for Romney and 50 percent for Obama. By contrast, in the major metro areas, Trump actually picked up fewer votes than Romney.

Finally, third-party voting cannot be ignored in 2016. A 365 percent increase in votes for third-party candidates, mostly for Johnson, suggests that some voters — especially those leaning conservative — were unhappy with their major party choices. This effect was most obvious in the conservative stronghold counties housing the Milwaukee suburbs, but was evident statewide.

Trump won Wisconsin’s rural counties by a margin of 16,642 votes — this total was not enough to tip the state’s election outcome by itself. Counties with smaller and medium-sized urban areas contributed about 125,000 votes to Trump’s margin in the state. The emerging political narrative that support from rural areas clinched the victory for Trump does not cover the totality of voting patterns in the election, at least in Wisconsin.