Answers await on the ocean floor

The following is a message from John Shutske, associate dean of CALS & Cooperative Extension, that was recently shared in a UW-Extension Agriculture and Natural Resources Extension Update e-newsletter: 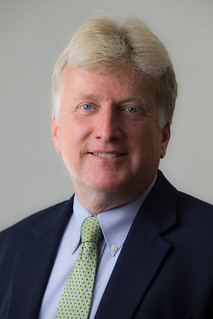 As work continues on the nEXT Generation model for Cooperative Extension, we must critically evaluate our role in supporting educational events, including Wisconsin Farm Technology Days (WFTD). While the nEXT Generation transitions and structural changes will extend into 2017 and beyond, we know that we will have fewer total people in county and campus positions.

In late 2015, I appointed a UW-Extension WFTD task force co-chaired by George Koepp of Columbia County and Heidi Johnson of Dane County. The task force recommended a phased move toward a smaller educational footprint of Extension-coordinated WFTD activities. The task force also recommended that the county agent in future host counties NOT serve in the executive secretary leadership role beginning with the 2019 show. Counties are chosen by the state board of directors three years in advance, meaning that we’d be picking a host county for 2019 in this first half of 2016. This executive secretary role occupies a substantial portion of the time for four different agents at any given time, and in the actual year of a given show, that agent works nearly full time JUST on WFTD in the final months.

The following task force recommendations have been accepted by Cooperative Extension leadership:

With these accepted recommendations in mind, on April 6, the WFTD Board of Directors decided to build on the success of the new county coordinator role, established at the 2015 Dane County show. Beginning with the 2017 Kewaunee County show, the WFTD Board will provide  funding as a co-investment with the county to support county-level coordination. That person will work closely with the county agent, who will remain in the executive secretary role. A similar arrangement will support the 2018 Wood County show. Beginning in 2019, the WFTD Board will work with counties to provide a larger co-investment with host counties, with the county coordinator playing significant parts of the coordination role that the executive secretary now plays. The newly reorganized county/area Extension office and staff will not be expected to play a leadership role.